The ruins of Telhara University older than Nalanda

Telhara is a village in the Nalanda district of Bihar, India. It was the site of a Buddhist monastery in ancient India. Located about 33 km from the ruins of the famous Nalanda University, Telhara could be ‘Tilas-akiya’ or ‘Tiladhak’, the place Chinese travellers Hiuen Tsang visited and wrote about during his travels through India in 7th century AD? So far, there were only vague references but recent excavations at the mound suggest that Telhara was indeed an ancient university, older than Nalanda and Vikramshila universities.

The Telhara project that started on December 26, 2009, has so far come across over 1,000 priceless finds from 30-odd trenches — seals and sealing, red sandstone, ancient pottery, bronze and stone statues of Buddha and several Hindu deities, miniature bronze and terracotta stupas and statues and figurines that go back to the Gupta (320-550 AD) and Pala (750-1174 AD) empires. The government intends to set up a museum to display the antiques found from the site.

But the 2.6-acre mound has now thrown up the most tantalizing find yet — evidence of a three-storeyed structure, prayer hall and a platform to seat over 1,000 monks or students of Mahayana Buddhism mentioned by Hiuen Tsang.

Chinese traveller Heuen Tsang visited Telhara in the 7th century AD and he describes Telhara or Tilas-akiya as containing a number of monasteries or viharas, about seven in number, accommodating about 1,000 monks studying in Mahayan. These buildings, he says, had courtyards, three-storeyed pavilions, towers, gates and were crowned by cupolas with hanging bells. The doors and windows, pillars and beams have bas relieves (sculptures in guilded copper). 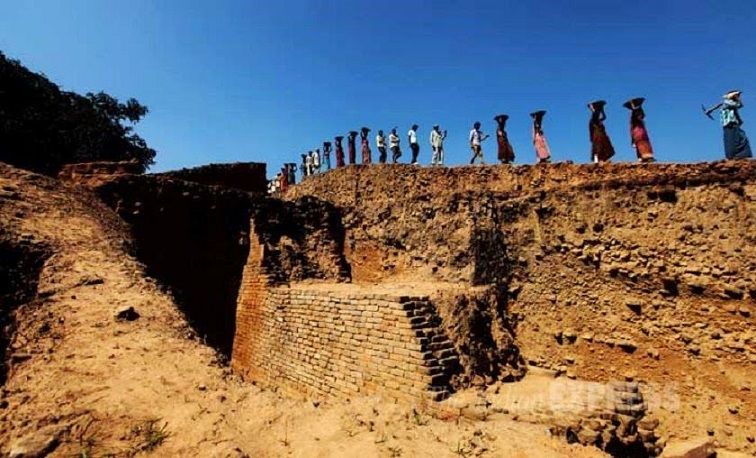 A team of archaeologists has found four Buddhist monastery seals made of terracotta, which date back to thousand years and it is totally similar to the seals, which were found at the ruins of Nalanda University. The monastery seals are bearing the inscriptions – “Sri Prathamshivpur Mahavihariyaye Bikshu Sanghas” – in Pali language that indicated the university’s real name.

Finding of northern black polished ware during the latest round of excavation suggests the monastery is much older and the findings of the excavation also suggest that the site might have been flooded and regained its importance during the Kushan period (1st century AD).

“There was a 4-metre-thick layer of sand  just above the layer in which northern black polished ware was found. It suggests flooding of the site and sprinklers made of clay, which were an exclusive specialty of the Kushan period, were found in the layer above the sand,” said Atul Kumar Verma, director of state archaeology, who led the excavation team at Telhara. 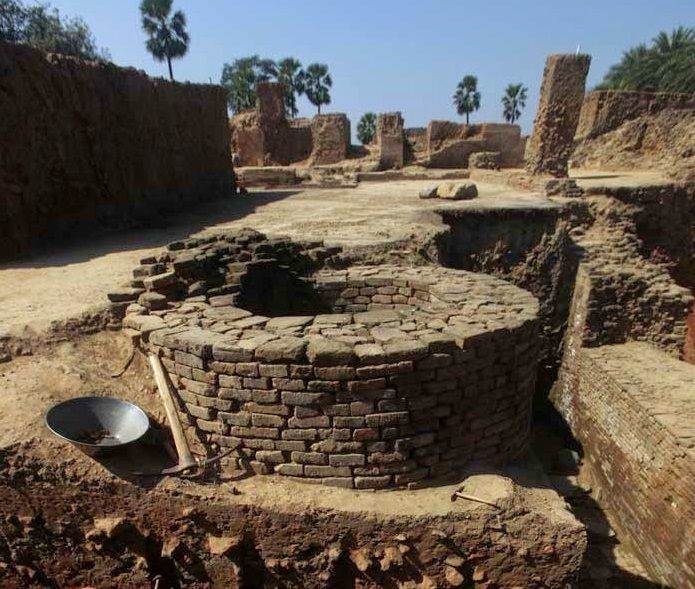 It is said the mahavihara or university was built by one of the descendents of Magadha ruler Bimbisara. Nalanda University was set on fire by Turkish Muslim army under Bakhtiyar Khilji in 1193. During the excavation work, the team members stumbled upon a 1.5-foot-thick layer of ash, suggesting that Telhara University was also burnt by Khilji on his way.

India has a long and venerable history in the field of higher education. In ancient times, the country was known to have been home to the oldest formal universities in the world. Takshashila university is considered as oldest known university in the world which date back to the 6th century BC.