The earliest works of literature of India were epics, long poems, travelogues, plays, and collection of stories for children which were written in verse. A large number of great Indian epics were created during the first millennium BC. The two most famous epics are the Mahabharata and the Ramayana.

Epics, or a Mahakavya, are known as the specialty of Sanskrit and are also the earliest forms of literature. Indian literature is thought to be the earliest literature of the world. Literature during this time largely incorporated art. In this art, the gods portrayed in the story were depicted and it was grandiose. The art was very detailed and included humans, animals, scenery, color and much more.

The most important epics of India are listed in this article.

The Mahabharata is one of the two most important ancient epics of India, the other being the Ramayana. It is believed to be written by Sage Ved Vyasa. The great work depicts the struggle for power between two group of cousins, the Kauravas and the Pandavas in Greater India. No wonder The Mahabharata is the longest known epic poem and has been described as the longest poem ever written and its about seven times the length of Homer’s the Iliad and the Odyssey combined. The epic contain about 110,000 couplets in eighteen sections. There is also a 19th section named Harivamsha. The Bhagavadgita, a dialogue between Krishna and Arjuna, is a part of the Mahabharata.

The Ramayana is an ancient Sanskrit epic about Rama. The epic was originally written by sage Valmiki. The Ramayana plays an important role in Hindu literature. The Ramayana consists of 96,000 verses in seven books and tells the story of Rama, whose wife Sita is abducted by Ravana, the king of Lanka. Like the Mahabharata, the Ramayana is not just a story: it presents the teachings of ancient Hindu sages in narrative allegory, interspersing philosophical and devotional elements. The characters Rama, Sita, Lakshman, Bharata, Hanuman and Ravana are all fundamental to the cultural consciousness of India, Nepal and many south-east Asian countries such as Thailand and Indonesia.

The Panchatantra is a legendary collection of short stories from India. Originally composed in the 3rt century B.C, Panchatantra is believed to be written by Vishnu Sharma. The ancient Sanskrit text boasts of various animal stories in verse and prose, arranged within a frame story. It is based on older oral traditions, including “animal fables that are as old as we are able to imagine”.

The Panchatantra is the best guide to enroot moral values in children since its each tale has a moral lesson in its end. The Panchtantra is a great book where plants and animals can speak and converse with human beings too.

There are recorded over two hundred different versions known to exist in more than fifty languages, and three-quarters of these languages are extra-Indian. As early as the eleventh century this work reached Europe. It has been worked over and over again, expanded, abstracted, turned into verse, retold in prose, translated into medieval and modern vernaculars, and re-translated into Sanskrit.

The corpus of poems known as Sangam literature was produced over six centuries, from around 300 BC to 300 AD, by Tamils from very diverse social backgrounds. The period during which these poems were composed is called the Sangam period. These works provide insight into early Tamil culture and into trade relations between South India and the Mediterranean, West Asia and Southeast Asia. This collection contains 2381 poems in Tamil composed by 473 poets, some 102 of whom remain anonymous. These poems were later collected into various anthologies, edited, and with colophons added by anthologists and annotators around 1000 AD. Sangam literature fell out of popular memory soon thereafter, until they were rediscovered in the 19th century by scholars 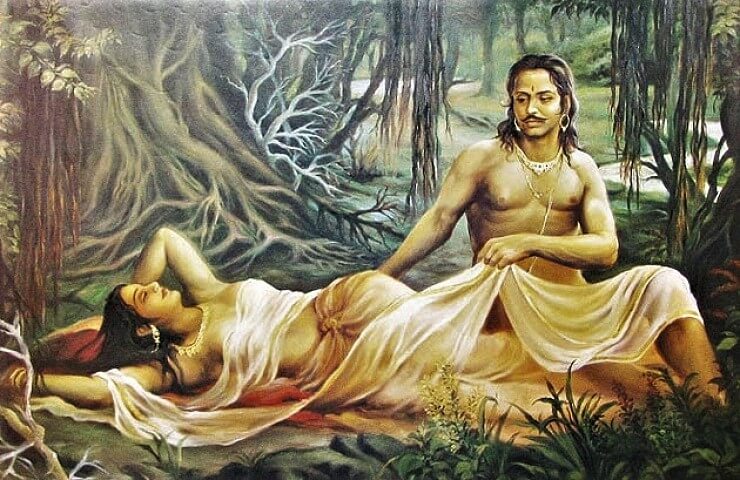 Abhijnanasakuntalam is a beautiful tale of love and romance, dramatizing the story of Shakuntala (mother of emperor Bharata) told in the epic Mahabharata. Its date is uncertain, but Kalidasa is often placed in the period between the 1st century BCE and 4th century CE. The Sanskrit title means ‘Of Sakuntala who is recognized by a token’. Abhijnanasakuntalam is the first Indian play ever to be translated into western languages.

The Kama Sutra is the world’s oldest book on the pleasures of sensual living. It was originally compiled in the 3rd century by the Indian sage Vatsyayana, who lived in northern India. The title of the text, Kama Sutra, literally means “a treatise on pleasure.”

Contrary to western popular perception, the Kama Sutra is not exclusively a sex manual, only 20% of Kama Sutra is about sexual positions. The majority of the book is about the philosophy and theory of love, making oneself more attractive and how spouses should treat each other.

Shishupala Vadha is a Sanskrit epic dealing with the life of Shishupala, a king of an ancient Indian province, and his death by Krishna. The story is taken from Mahabharata. It is an epic poem in 20 cantos of about 1800 highly ornate stanzas, and is considered one of the six Sanskrit mahakavyas, or “great epics”. It is believed to composed by Māgha in the 7th or 8th century. the epic has been widely acclaimed for its use of ornate style and poetic techniques. 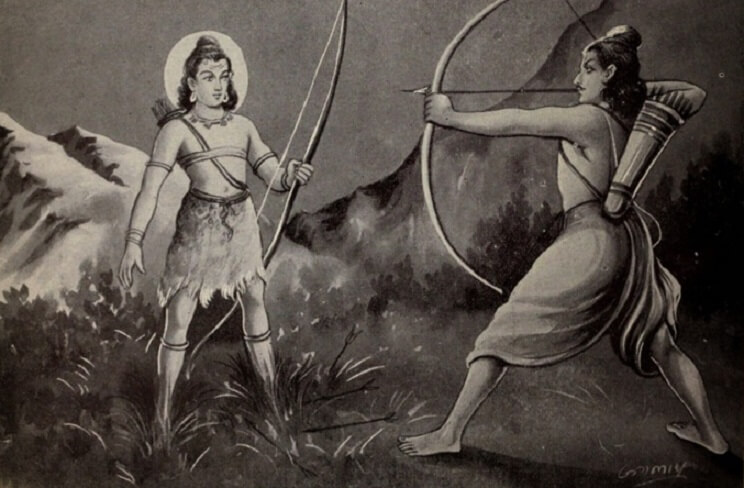 The Kiratarjuniya is a Sanskrit epic written in the 6th century or earlier. It is an epic poem in eighteen cantos in which the God Shiva tests the strength of Arjuna, one of the Pandavas in the Mahabharata. Though Arjuna fails in the competition, he gets an opportunity to meet the Lord Siva and receive His blessings. The story has a moral that every human being should keep in mind that we have to respect others whatever their status. Its expounds the basic of Indian religious thought that every human being are a part of the omnipotent.

The Arthasastra by Chanakya is a 2300-year-old masterpiece on governance, economics and politics. This book is a huge work and has fifteen parts, each dealing with some aspects of the art of government. Composed, expanded and redacted between the 2nd century BCE and 3rd century CE, the Arthashastra was influential until the 12th century, when it disappeared. It was rediscovered in 1905 by R. Shamasastry, who published it in 1909.

The title “Arthashastra” is often translated to “the science of politics”, but the book Arthashastra has a broader scope. It includes books on the nature of government, law, civil and criminal court systems, ethics, economics, markets and trade, the methods for screening ministers, diplomacy, theories on war, nature of peace, and the duties and obligations of a king.

Buddhacharita is a great epic which narrates the life of Buddha – from his birth to Nirvana. Buddhacharita, one of the best Sanskrit epic, was written by Asvogosha, a Buddhist poet in 2nd century AD. This epic is renowned for the details about Buddha’s life which can be corroborated by available historical records and the facts available in other chronologies of that period. This epic consists of 28 cantos.