Somapura Mahavihara – Ruins of the Buddhist Vihara at Paharpur

Somapura Mahavihara is an 8th century Buddhist monastery and an important archaeological site located in Paharpur, Naogaon District, Bangladesh. It is one of the largest and best known Buddhist monasteries in Indian subcontinent with the complex itself covering more than 20 acres, almost a million square feet (85,000 sq. meters). With its simple, harmonious lines and its profusion of carved decoration, it influenced Buddhist architecture as far away as Cambodia.

Epigraphic records testify that the cultural and religious life of this great Vihara, were closely linked with the contemporary Buddhist centres of fame and history at Bodhgaya and Nalanda, many Buddhist treatises were completed at Paharpur, a centre where the Vajrayana trend of Mahayana Buddhism was practiced.

The Somapura Mahavihara is important for the three major historical religions in the region, serving as a center for Jains, Hindus, and Buddhists.

The structure of the complex is quadrangular, consisting 177 cells and a conventional Buddhist stupa at the center. Each of the four sides of the Somapura Mahavihara is precisely 922 feet (281m) long, built around a massive inner courtyard that houses a large number of shrines and stupas of different shapes and sizes along with terracotta plaques, inscriptions, ceramics, coins and stone sculptures.

The monastery compound is dominated by a central temple that bears similarities with Buddhist temple architectural patterns of terraced structure with interposed chambers, cruciform basement and gradually declines to a pyramid-form. The monastery compound also occupies an adjacent museum where a collection of statues of Hindu gods and deities are preserved.

The main central shrine has a cruciform ground plan and a terraced superstructure that rises in three terraces above ground level to a height of about 70 feet. At the base of the shrine, there are over 60 stone sculptures which depict a variety of Hindu divinities. The main entrance to the monastery was through a fortified gate on the northern access to the central temple. The majority of the ancillary buildings, such as the kitchen and the refectory, are located in the south-east corner, but there were also a few structures to be found in the north-east corner.

From studying its architecture, one can see a relationship between India and Southeast Asia. What is intriquing is that this is the only temple in the Indian subcontinent with a similar to those in Southeast Asia, where the style has become a standard. There can be no doubt that this style of architecture has most profoundly influenced that of Burma, Java and Cambodia.

“For the research of the Pyramids of Egypt we spend millions of dollars every year. But had we spent only one percent of that money for the excavation of Somapura Mahavihara, who knows what extraordinary discoveries could have been made”. 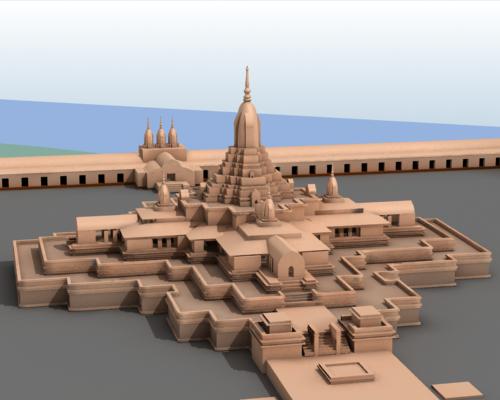 Excavations at Somapura Mahavihara show that it was built by the second Pala king, Dharmapala, around 781-821 AD. This comes from clay seals with inscriptions that were discovered. It is one of the five great mahaviharas, or monasteries, which were established in ancient Bengal during the Pala period. These five monasteries existed together, forming a system of coordination among themselves.

The Somapura Mahavihara was inhabited steadily for a few centuries, before being abandoned in the 12th century following repeated attacks and being burnt nearly to the ground in the 11th century by the Vanga army. About a century later Vipulashrimitra renovated the Vihara and added a temple of Tara. Over the next centuries the Somapura Mahavihara steadily declined and disintegrated, left abandoned by the new Muslim rulers of the area, until reaching its current state of decay.

The Somapura Mahavihara was entirely covered by grass over the centuries after its abandonment, and it was more or less forgotten at that point. In the 1920s the site began to be excavated, and more and more was uncovered over the next decades. Work increased drastically after independence, and by the early-1990s the site was at roughly its current level of excavation.

A small site-museum built in 1956-57 houses the representative collection of objects recovered from the area. The excavated finds have also been preserved at the Varendra Research Museum at Rajshahi. The antiquities of the Museum include terracotta plaques, images of different gods and goddesses, pottery, coins, inscriptions, ornamental bricks, and other minor clay objects.

The importance of Somapura Mahavihara has resulted in its being included in the UNESCO World Heritage List. Today it is one of the prime tourist destinations in Bangladesh 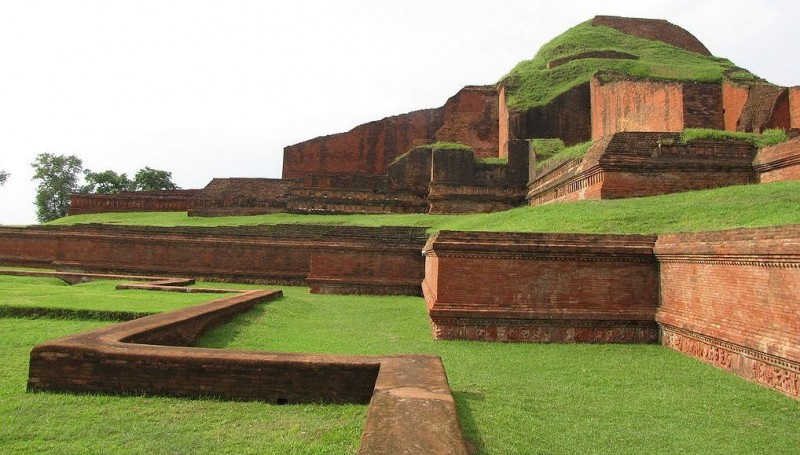