The Meenakshi Temple of Madurai

The Meenakshi Temple is one of the most famous Hindu temples located in the holy city of Madurai, Tamil Nadu, India. The temple is dedicated to Parvati, known as Meenakshi, and her consort, Shiva, here named Sundareswarar. The temple has 14 towers, 4,500 pillars and 33,000 sculptures  — it’s massive!

Madurai Meenakshi temple’s history is as old as the history of the city itself. The temple forms the heart and lifeline of the 2500-year-old city of Madurai. This ancient city is built around the Meenakshi Temple which has been the geographical and ritualistic centre of the region since the times of the Pandyans. The temple is said to have been constructed by Kulashekara Pandyan.

The Meenakshi temple was almost completely destroyed in the year 1310 following the invasion of the Islamic conqueror Malikkapur. The present structure was built between 1623 and 1655 CE by Nayakas, who ruled Madurai from 16th to 18th century. 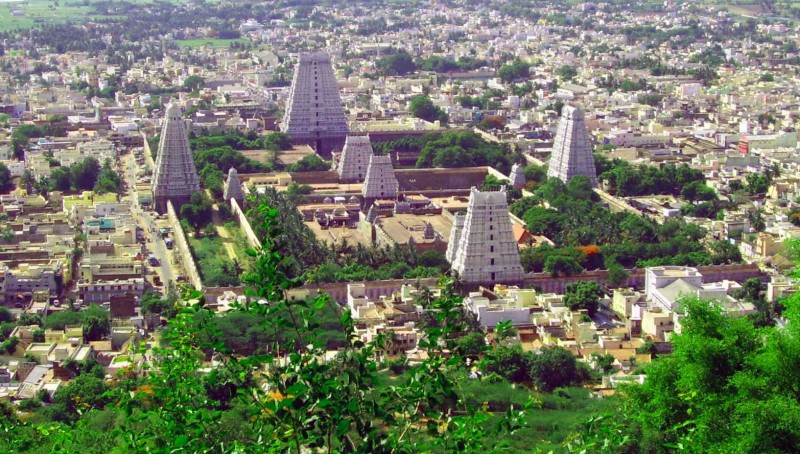 Legend tells the tale that the second Pandyan king Malayadwaja Pandya and his wife Kanchananalaj were unable to conceive any children. In attempts to beget a child, Malaydwaja conducted many Vedic homas (rituals involving a fire pit). Finally, in the middle of one such ritual, an infant version of Goddess Parvati appeared. This infant was born with three breasts, but a voice from the heavens told her new parents not to worry because one of her breasts would disappear when she met her true love.

The infant was named Tadaatagai and succeeded her father to the throne. She led armies on successful campaigns of conquest. In her last campaign in North India, she challenged Lord Shiva himself at Mount Kailash, but when She saw the great Lord, She fell in love with him. The bridegroom followed her home, married her, took the name Sundara Pandya and together they ruled Madurai.

This scene is seen depicted in the temple.

According to mythology, the marriage of Meenakshi and Shiva actually took place in Madurai. It is still celebrated every year with great pomp and show. 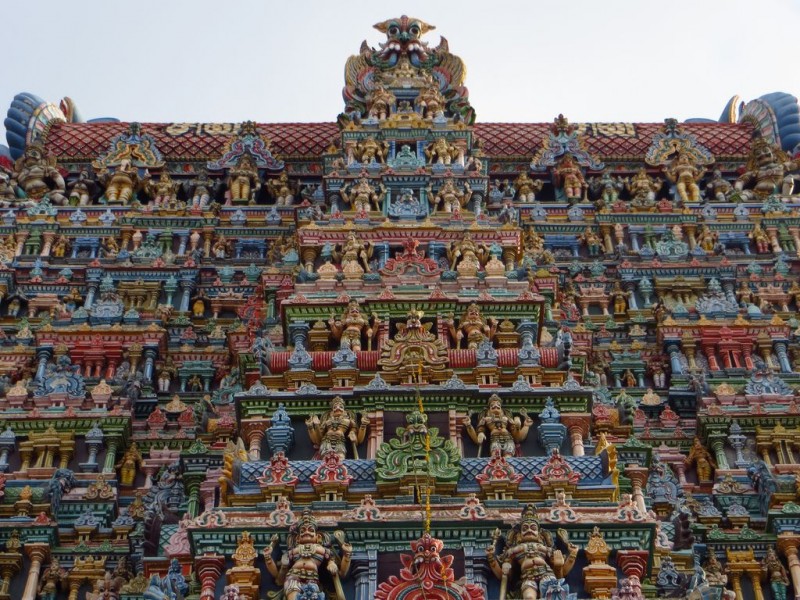 The Meenakshi temple has huge Gopurams (Towers) which can be seen from a far off distance. There are total 14 gopurams, but the tallest four stand on the outer walls, each facing one of the four directions (north, east, south, and west).

Amongst the four gateways, the south one is the tallest. It is about 50 m high and can be climbed to have a view of the entire city. Inside, there are two main shrines — one dedicated to Goddess Meenakshi (Parvati) and the other to her husband Sundareswarar (Lord Shiva). Both the Meenakshi and Sundareswarar shrines have gold plated towers whose tops can be seen from a great distance.

The bottom part of the temple is made from granite, while its gopuram are made from limestone. Each gopuram is a multi-storied structure in the shape of a steep pyramid, covered with thousands of stone figures of animals, gods, goddesses and demons painted in all colors of the rainbow.

There are an estimated 33,000 sculptures all over the temple.

The temple wasn’t always so vividly painted. The original structure was probably unpainted granite. Then people started painting the sculptures because they wanted the temple to look colorful during big events and festivals. 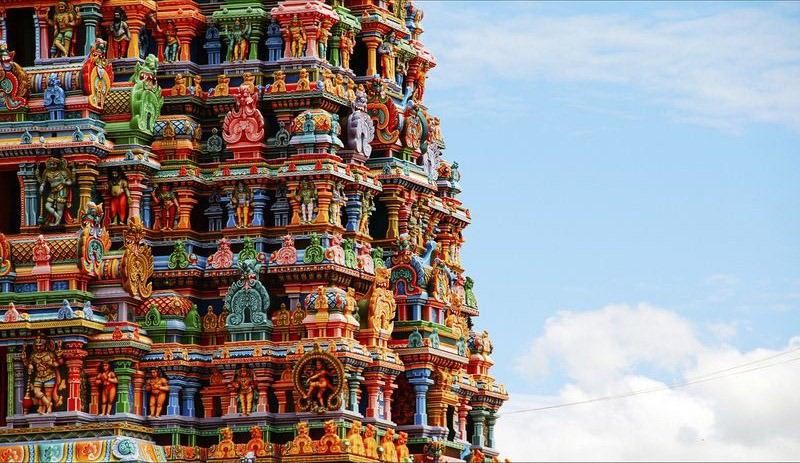 There is also a sacred water tank, several halls and innumerable Mandapas. The ‘Mandapam’ of the temple consists of 985 pillars. Each pillar is unique. Some of the pillars are music pillars, which produce music when tapped. The special feature of these pillars is that they are carved out of a single granite stone block.

There are a number of other halls and towers in the temple which are worth watching for their sculptures, carvings and designs. Each one is different from the other, in one aspect or the other.

The temple also has an art museum. It contains icons, drawings and photographs which date back to the 1200 – year – old history of Indian temple architecture in the south. A lot of information can be extracted on the Hindu pantheon and related legends from this splendid museum.

It was on the list of top 30 nominees for the “New Seven Wonders of the World”.

The sheer size of the temple means that it’s easy to get lost inside, and there’s so much to see and marvel over that you could easily spend days there.

Various kings renovated the temple, leaving a distinct impression of their artistic taste. A number of complex corridors, magnificent sculptures and a heavenly abode suitable for Goddess Meenakshi, include the additions to the temple that were done by different kings. 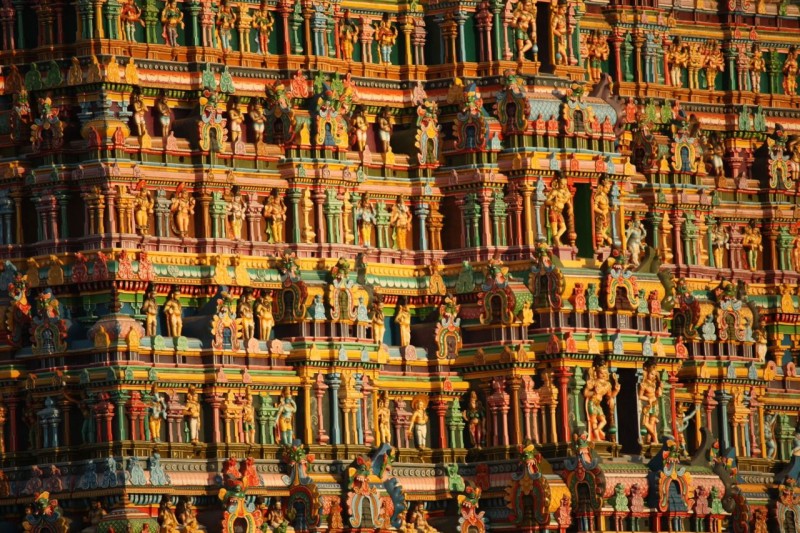 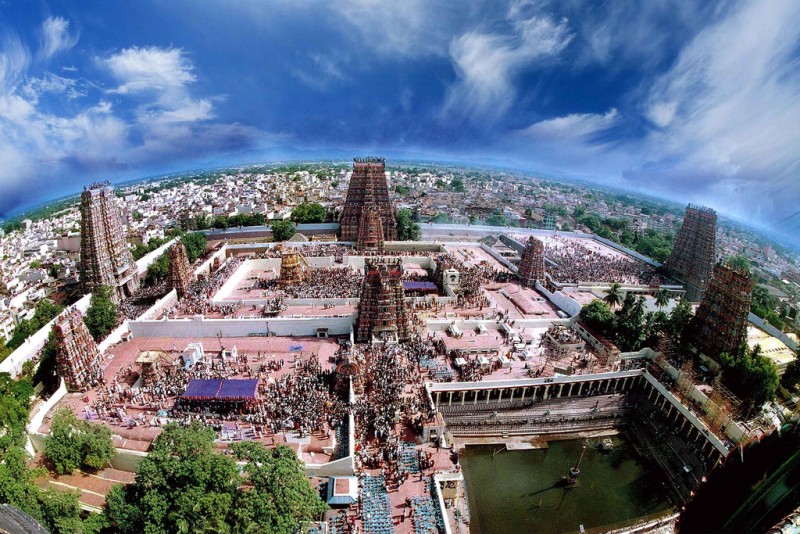 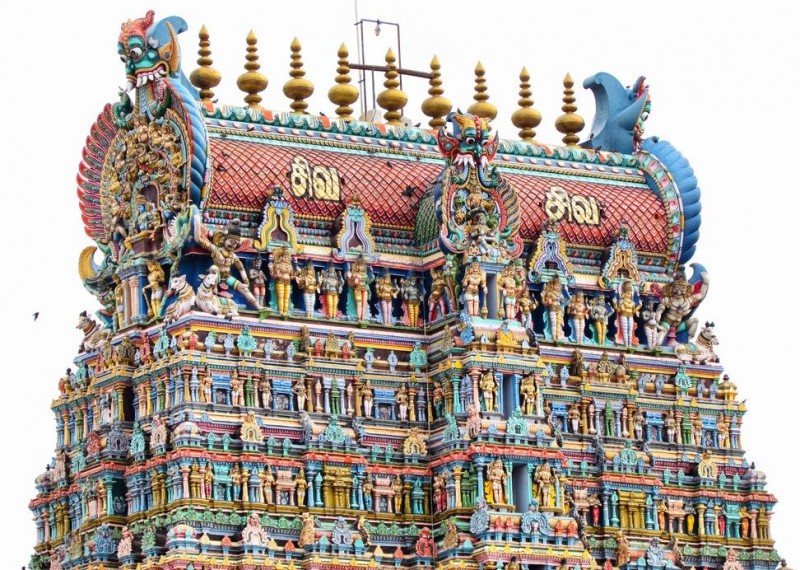 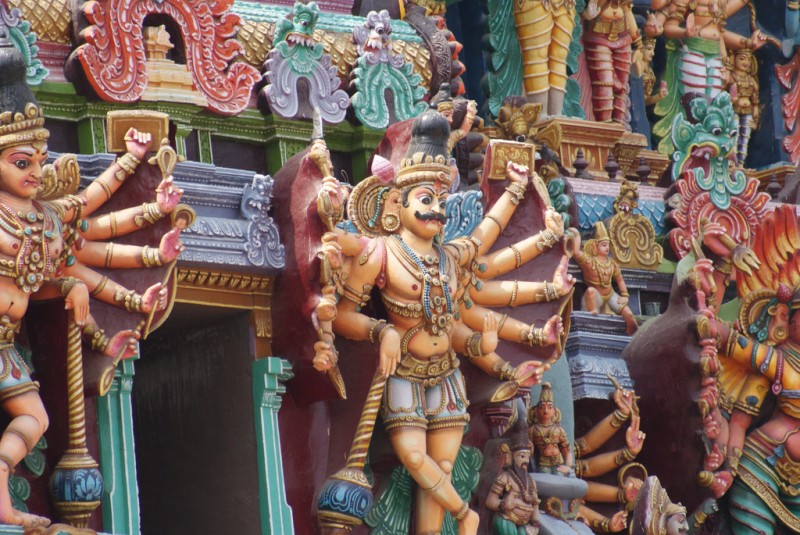