A simple stick in the ground can be used to create a sun dial, but what do you do when there is no sun, such as on a cloudy day. Ancient Indians devised a different type of clock, one that is based on water, called as Ghatika Yantra.

In all important towns, a group of men called ghariyalis were appointed to measure time. To measure time a vessel with a hole at the bottom was place over another big vessel containing water. When the vessel with the hole was filled with water, they used to strike the ghariyal, a thick brass disc hung at a high place with a mallet. This indicated a certain period of time. 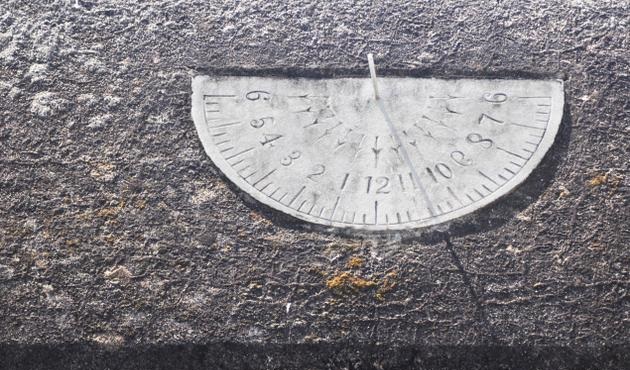 Water clocks, along with sundials, are likely to be the oldest time-measuring instruments. Where and when they were first invented is not known, and given their great antiquity it may never be. The bowl-shaped outflow is the simplest form of a water clock and is known to have existed in India, China, Babylon and in Egypt thousands of years ago.

Historians suggest that pots excavated from Mohenjo daro might have been used as water clocks; they are tapered at the bottom, have a hole on the side. The use of the water clock in ancient India is also mentioned in the Atharvaveda from the 2nd millennium BCE.

The Chinese traveler who visited India during the 7th century A.D had given an account of how this water clock worked at Nalanda, a Buddhist university. At Nalanda four hours a day and four hours at night were measured by a water clock, which consisted of a copper bowl holding two large floats in a larger bowl filled with water. The bowl was filled with water from a small hole at its bottom; it sank when completely filled and was marked by the beating of a drum at daytime. The amount of water added varied with the seasons and this clock was operated by the students of the university.