With its beautiful landscapes, fascinating history and first-class cuisine, India has something to offer just about everyone, making it the perfect destination for travellers.

So if you’re itching for a get away from Mackay, but can’t decide where to go, India is a great choice.

But with so much to see and do, just where do you begin?

Its ancient temples are great places to start – they’ll leave you well and truly awestruck during your travels and thereafter.

With that in mind, here three fantastic Indian temples that are well worth a visit.

The Meenakshi Amman Temple in Madurai is one the oldest and most important temples in India.

It’s a gorgeous piece of architecture, with pillars and statues of famous Hindu divinities decorated in beautiful bright colours that stand out for miles.

The temple is dedicated to the Hindu goddess Meenakshi and Lord Shiva, who are said to have married at the spot where the temple now stands. This divine wedding is celebrated every April as part of the Chithirai festival, when people from all over the world come to visit.

The Somnath Temple is located in Prabhas Patan on the west coast of India and is said to be the first of the twelve Jyotirlinga’s (holy shrines) of Lord Shiva.

The temple is a stunning 155 foot high stone building supported by large pillars and is covered in intricate carvings that will leave you captivated. It has well and truly stood the test of time, having been destroyed and rebuilt several times over the centuries.

The story behind the construction of Somnath relates to a feud between the moon god Chandra and his father-in-law Daksh, who cursed him to decrease in size until he vanished.  Chandra prayed to Lord Shiva to remove the curse, which he did in part – so Chandra built the temple by way of thanks.

The Jagannath Temple in Puri, east India, is dedicated to Lord Jagannath and is one of the Char-Dham pilgrimage destinations. 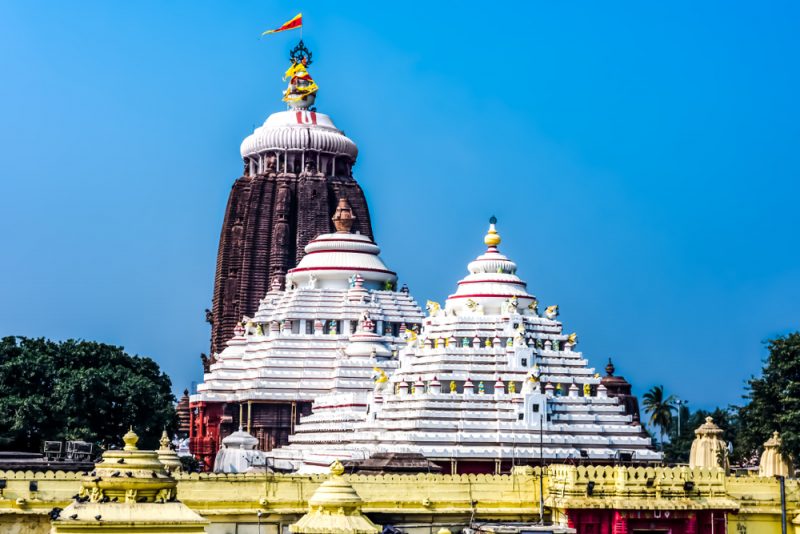 The temple is famous for its annual Ratha Yatra (chariot festival) where the three deities Jagannath and his brothers, Balabhadra and Subhadra are each carried on beautiful chariots.

The Jagannath is a temple that’s shrouded in mystery, with many of its features said to defy the laws of science – this Jagannath Temple article on Holidify discusses the most astonishing ones.

Hopefully you’ve taken a liking to one of these terrific temples and are ready to start planning a trip to India. So head online to book your flights, find Mackay airport parking on Looking4.com and pack your bags for the trip of a lifetime.

What are your favourite Indian temples? Share them in the comments section.