One of the largest prehistoric megalithic settlements where some funerary monuments are still intact remains hidden away owing to lack of any conservation or development by the Archaeological Survey of India (ASI).

Hirebenkal is one of largest megalithic site in Karnataka, India. This site, protected by the Archaeological Survey of India, has approximately 400 megalithic structures that were built about 2800 years ago. Walking through the quiet ‘street’ dotted with scores of empty houses is like walking through a ghost town.

Scholars believe these granite structures are burial monuments that may also have served many ritual purposes.

There are different types of megalithic monuments at Hirebenkal. Several are dolmens – 3-sided chambers, with or without port-holes, and with large stone slabs called capstones forming their roofs. Buried and semi-buried dolmens called cists and dolmenoid cists are sometimes found arranged in circles.

Other structures are irregular polygonal chambers and rock shelter chambers. Based on the typologies and technologies used, researchers date these megaliths to between 800-200 BC.

Many scholars are now heading to these little portals that hold the key to secrets of the life of our ancestors.

Hirebenkal is one of the very few Indian megalithic sites found with associated habitations. Archaeologists have unearthed rich cultural material at the site, including pre-megalithic implements, iron slag, pottery of Neolithic, megalithic and early historic period.

[easy-tweet tweet=”Hirebenkal largest megalithic site in India has 400 megalithic structures that were built about 2800 years ago” user=”mysteryindia” url=”https://goo.gl/ZpEb88″] 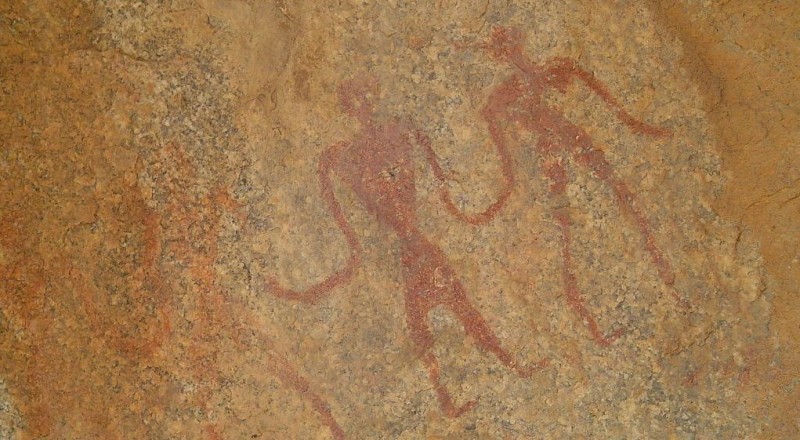 Another important discovery was a unique stone kettledrum resting on a 10-metre high boulder. The hemispherical stone has a diameter of over 2 metres and is 1.5 metres high. When beaten with a stone or wooden hammer, the sound can be distinctly heard 1 km away, both in the burial complex and habitation site. Although historians point out that there were more than 400 funerary monuments in Hirebenkal, most of these monuments have collapsed and the remaining are on the verge of collapse.

The site is located on a rocky hilltop, known as elu guddagalu which mean Seven Hills. It is covered with thorny bushes and slippery scattered boulders. The climb to reach the site is difficult as there are no regular paths or roads, except for a goat track. It is located about 50 KM from the ruins of Hampi. This site is also called as morera houses in the local language. 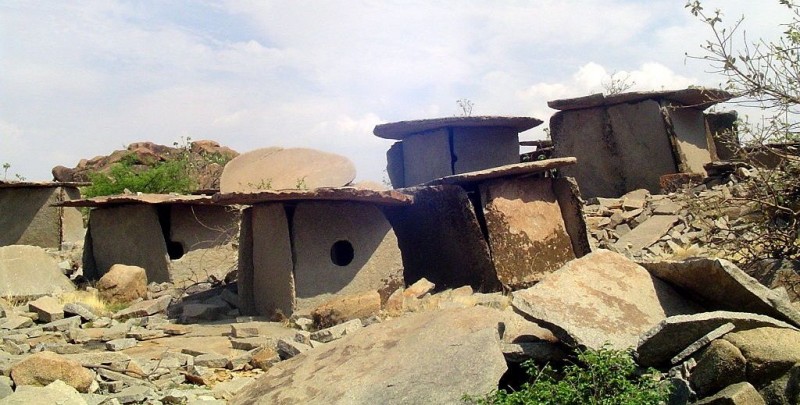 Although this important site near Hirebenkal village was declared a protected monument in 1955, the ASI has done little to conserve it and make the site accessible to people. Very few people visit this site in the whole year. Due to its extremely valuable collection of Neolithic monuments, Hirebenkal has been proposed for recognition as a UNESCO World Heritage Site.

Clearly, it was no mean matter to cut, transport and erect such large slabs of granite and create such uniform structures. How was such labour organised? Did only important people get commemorative dolmens? Why are there different types of burials and memorials?

Researchers don’t yet have the answers to such questions but relatively undisturbed prehistoric sites like Hirebenkal can help them get more information about the ideologies and social systems of megalithic peoples. 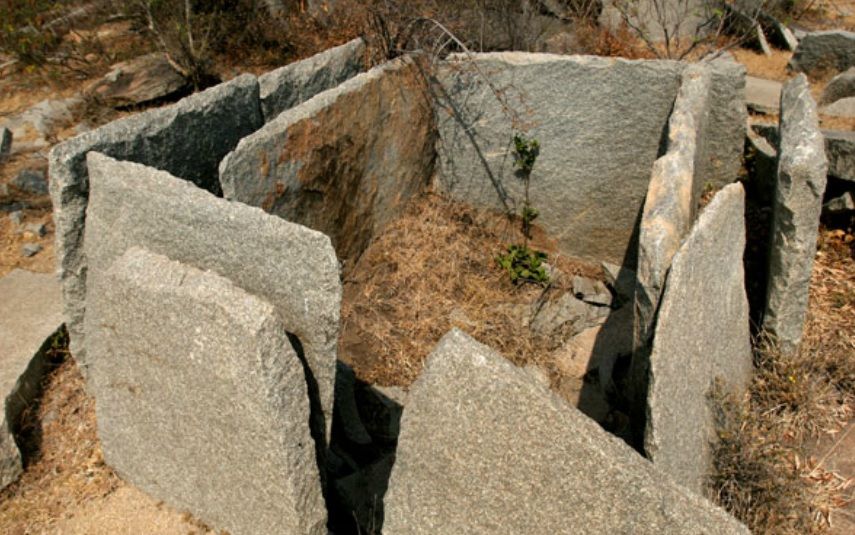